Common rookie project manager mistakes and how to avoid them 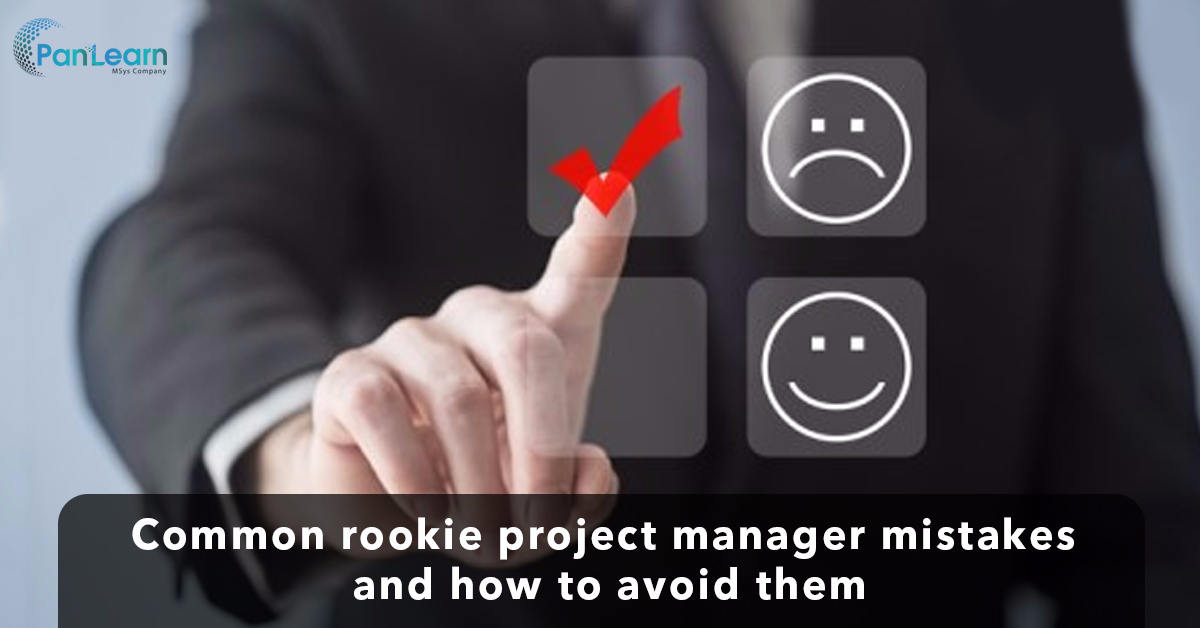 While project managers can often become consumed with day-to-day administrative details and status updating, they can sometimes lose sight of key steps that are a critical part of the foundation of any successful project. Specific pitfalls that too often derail the rookie project manager include the following:

Any of these mistakes can cause time/cost overruns, morale difficulties, poor project selection, team dysfunction, estimating errors, stakeholder dissatisfaction, or other project problems.

Mistake #1—Not Dealing With the Slacker on the Team

Many project teams fall victim to the proverbial Pareto Principle where 20 percent of the team is actually doing 80 percent of the work. It is an all too often phenomenon, and one with potentially disastrous consequences not just for productivity and task output but possibly more importantly for the overall morale of the team. Indeed, most team members are well aware if there are one or two team members who are simply not pulling their weight. This not only frustrates other team members but also destroys overall team morale. Left unaddressed, a perfectly well functioning team over time can become quite dysfunctional as more and more team members begin to “slack off.”

If the consequences of ignoring this behavior are so significant, why is it so often ignored by rookie project managers? Those newer to their positions are often less comfortable confronting team members who may have more seniority than they have. Indeed, “confronting the slacker” can be quite intimidating. Oftentimes, there is fear about whether the slacker will retaliate, push back on the project manager, or in some way cause problems within the team. These concerns are quite valid; however, the behavior must be addressed if the project manager is to engender a healthy team environment.

Too often project managers are placed under so much pressure to deliver results quickly that they feel that they are late before they have even begun! As a result, less experienced project managers often make the mistake of skipping over some of the earlier steps of the project management process and turn their attention too soon to the planning (or even execution) phase. This can be such a dangerous step. Don’t do it! The first phase of project management, the initiating phase is absolutely critical, and the dangers of skipping it can be significant.

A Guide to the Project Management Body of Knowledge (PMBOK® Guide) (Project Management Institute [PMI], 2008) speaks to the importance of the Initiating Process Phase. “Within the initiating processes, the initial scope is defined and initial financial resources are committed. Internal and external stakeholders who will interact and influence the overall outcome of the project are identified. When the project charter is approved, the project becomes officially authorized” (p. 44).

In some cases, the initiating work may begin before the project manager is officially selected; however, even in these cases, the project manager should “backtrack,” so to speak, with the project sponsor or other key stakeholders to ensure that the proper vetting has been conducted and key questions have been answered. When this is not done, very often project managers spend significant time during project execution suffering the consequences of having a lack of clarity around these issues, which should be documented in the project charter.

Key questions to include during the initiating phase include these:

Indeed, without clear direction on such fundamental issues, the project manager is moving forward with a weak support structure at best. Oftentimes, when these issues are not discussed and clarified during the initiating phase, the questions/issues resurface at some later point in the project life cycle, when the issues are much more costly and difficult to address.

With experience, project managers discover that it’s imperative to spend some time answering these key initiating questions very early in the process and ensure that the appropriate support structure is in place and the project is indeed beneficial to the organization. In a worst-case scenario, proper initiating phase vetting may have eliminated the project completely—missing that analysis is a fatal error indeed.

Too often project managers view risk analysis as another planning step that they do not have time for. As a result, they oftentimes make the fatal mistake of skipping it completely. What they fail to realize is that time spent doing risk analysis typically pays back significantly throughout the life of the project. Indeed, it can be tempting for project managers to focus their efforts on developing a “bullet proof” project plan, but the reality is that there is no such thing! Virtually every project will deviate from plans in some way because of unexpected changes, and project managers should be ready for that. Risk analysis is a wonderful tool to help do just that.

Indeed, skipping risk analysis is like sticking your head in the sand. The unfortunate truth is that virtually all projects carry some risk. The astute project manager recognizes this and consequently conducts risk analysis not only to prepare the team for possible risks but also to take steps to proactively mitigate those risk events (and actually increase project success). This risk analysis not only serves as a tool for the team to utilize through project planning and implementation, but it also serves as a tool that the project manager can use to assist in expectation setting with the project sponsor or other key stakeholders. Indeed, risk analysis data (quantitative and/or qualitative) should be shared with the project sponsor with the intent of securing support for additional resources, resetting success criteria, or securing support for planned mitigation strategies or back up plans.

Mistake # 4 – Not Being Brutally Honest with the Project Sponsor

Admittedly, project sponsors are not always ideal. However, most will readily admit that they would much prefer and respect a project manager who tells them the truth (even if it challenges some their views and assumptions) than being blindsided and horribly disappointed with poor results. Indeed, even if there’s bad news to share, they would rather get the bad news as soon as possible positioning them to take corrective action sooner rather than later (quite likely saving time and money).

Obviously, being brutally honest with a project sponsor can be challenging. Consider the following best practices when faced with this dilemma.

Being a new project manager certainly is not easy. In addition to the mechanics of managing a project, the new project manager must quickly learn to avoid these all too common traps that can unfortunately doom a project almost before it begins. It is critical that new project managers lead from a position of strength and not let intimidation cause them to make critical mistakes. Confronting difficult team members can be just as challenging as being brutally honest with a project sponsor. If ignored, either situation can poison the project. Likewise, project managers must reject the temptation to skip preventative steps like project initiation and risk analysis. Both may seem like luxuries during the early stages of the project but will soon prove to be absolute necessities indeed.